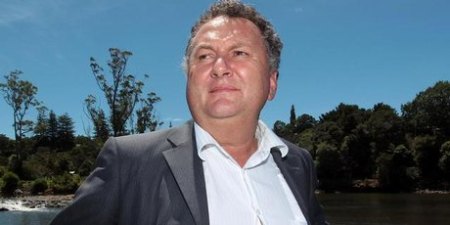 Certainly, Shane Jones’ retirement has Labour lose a talented politician. Half of the loss is that of an indigenous politician who could have made a significant contribution to Maori progress in a way not understood through the mainstream political lens (summarised well by Morgan Godfrey here and Carrie Stoddart-Smith here).

Yet, his departure also reinforces an entrenched narrative within media and political punditry of a narrow type of politicians who can attract working class voters who have been driven away from an out of touch Labour Party. Since the Clark defeat, there is a belief that Labour is dominated by “self serving unionists and a gaggle of gays”, with Jones as the last bastion of true no-nonsense ‘everyman’. While some aspects of this view are true, it’s a simplistic narrative driven by a professionalised political notion that working class voters will only vote for someone who appeals to those at the “RSAs, marae, pubs and to those browsing in Mitre 10 at the weekend.”

In this sense, Jones fits perfectly with this fetishised caricature of working class people in the sense that they can only be represented by domineering, salty, “red blooded males.” Indeed, media and political structures promote this idea of a “straight talker” as the only type who can speak for the people. In media, this is Paul Henry, Michael Laws, or formerly John Tamihere. In politics, this is exemplified by Shane Jones or Paula Bennett. People who don’t express positive opinions of those more different/ more disadvantaged than themselves but are “only telling it like it is”/ knowingly supporting our worst prejudices. Yet working class experiences are hardly subservient to or represented solely by that certain type of man. There are working class women – who are overrepresented in part time, waged professions – as well as GBLTI, Chinese, Indian, Pasifika, and others with diverse experiences and views. Reading over Labour MP profiles, Louisa Wall would certainly qualify as a representative of a diverse working class, but far more likely to be considered by the media and punditry as first and foremost a Maori and a lesbian.

Nor are working class males all boorish. New Zealand’s first Labour Government of 1935 to 1949 consisted almost entirely of working class people. PM Michael Joseph Savage, a former barrel washer at a brewery, and Deputy and successor Peter Fraser was a former dock worker. Both articulate, intelligent men who didn’t adhere to an antiquated idea of masculinity. Despite not having university educations that are the hallmark of modern politics, they developed a coherent, thoughtful alternative to austerity economics through public works and the establishment of the NZ welfare state. Likewise, Norman Kirk was a working class school dropout and more nuanced and visionary rather than boorish and divisive than, say, the accountant Robert Muldoon.

If Jones’ did have a genuine affection among working class New Zealanders, it came more from his ability to read and channel peoples’ daily concerns, most notably through his campaign against alleged tactics of Progressive Enterprises including price fixing and pressuring suppliers. Economic populism based on basic narrative that boils down economic concepts to something the public can understand is something the Labour Party has failed at for the last five years and could certainly use. If Jones’ departure is causing panic among Labour frontbenchers, it’s more of a reflection on Labour as dependent on one person rather than adopting an economic populist approach more widely. If Jones was the best they could do, surely it must be a reflection of public disengagement over a Labour Party consisting of too many cautious career politicians who don’t understand and/ or have the willingness to spend political capital challenging powerful economic structures that impact on peoples’ lives. If Labour cannot dent the popularity of John Key, using something like supermarkets as an example of economic inequality and unfair competition could force the National Party into defence mode.

The limit of Jones, despite his economic populist rhetoric, was that he didn’t provide a real challenge to the broad economic and social status quo. There was little discussion of alternatives to Progressive-Foodstuffs supermarket duopoly. Jones remained within the realm acceptability of mainstream media and pundits. If Duncan Garner, Guyon Espiner, David Farrar, and journalists from major papers were supportive or respectful with Jones, this more likely means Jones would have never substantially challenged core economic and social structures. Even his ‘maverick outbursts’ against international students should be considered cheeky fun not unlike that from fellow Northland politician Winston Peters: powerful rhetoric but unlikely to be acted upon once in power.

The fallout from Jones’ departure reflects the state of the Labour Party. Labour needs to convince people that it understands their concerns with both more populism and practical solutions that help people in their daily lives. This doesn’t need to come from a Shane Jones type. Clayton Cosgrove and Damien O’Connor as Jones’ replacements aren’t necessarily the answer. Remember it was former Minister of Communications David Cunliffe who broke up Telecom into two companies (phone and internet), which helped reduce the price of broadband internet. Cunliffe doesn’t need to go on the Nation and repeat the phrase “fair cop” to Paddy Gower to seem legitimate, because it isn’t. Cunliffe needs another Telecom. Like supermarkets.